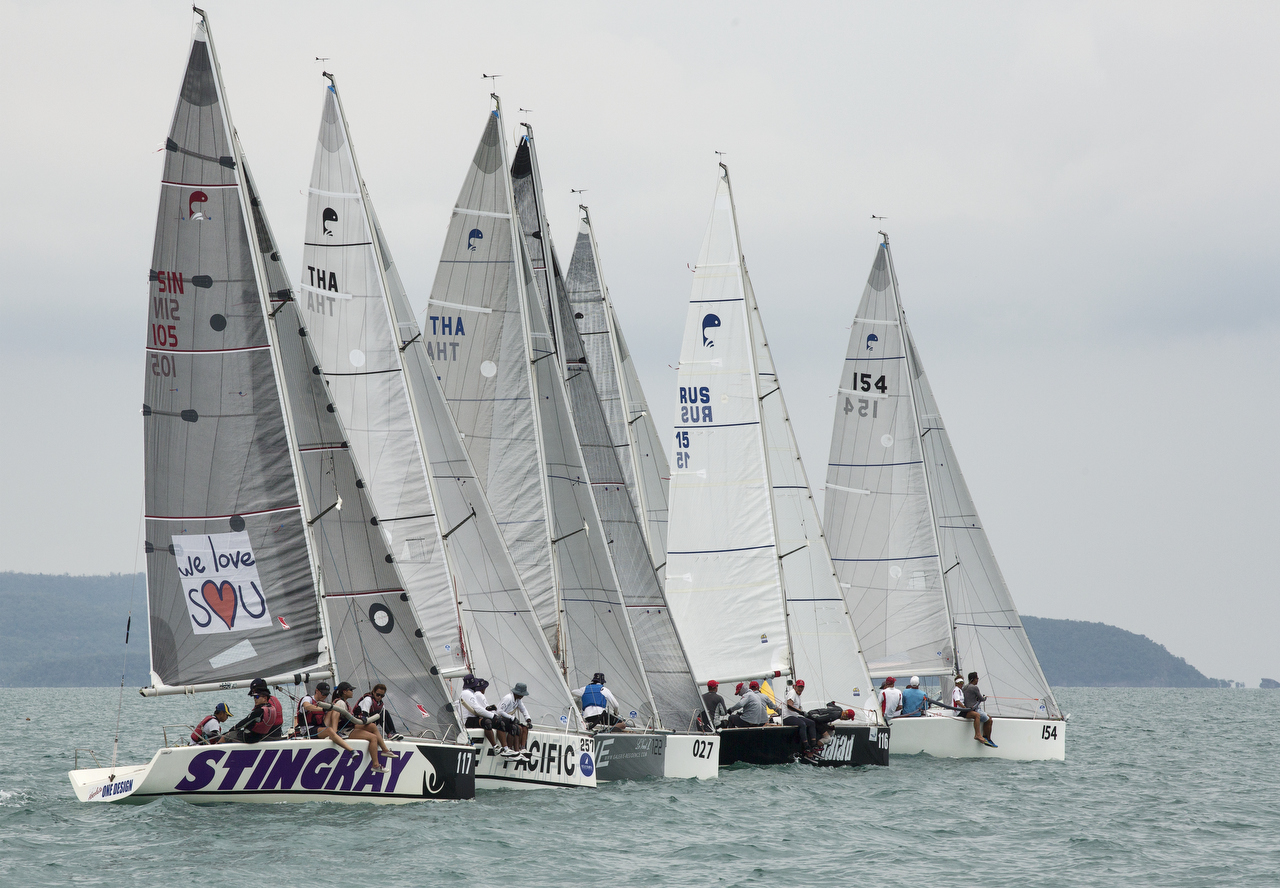 It was a testing day for all on the third day of the Top of the Gulf Regatta as fickle and shifty winds played havoc with race schedules and results. Following AP on all courses, the series got underway in a light building breeze. This was soon followed by thunder, lightening and rain, forcing the Optimists and dinghies back to shore to wait out the worst of it. Within an hour all were back on the race course eager to get the final races in to complete their series.

On the keelboat and multihulls course there was no let up and no retuning to shore as the storm blew past, bypassing them and leaving behind some very fickle breeze and tactical racing.

Emagine (AUS) won the first race of the day, a windward/leeward, in IRC Racing 1 but had to settle for second in Race 2 as David Dimmock's Loco (USA) raced the better over long distance and after three hours of racing, managed to claim their first win of the series by little over a minute. THA 72 (THA) was off the pace and sit second, just one point ahead of Loco in the series standings.

Nautical Wheeler (USA) hit their groove in IRC Racing 3 and put a stop to El Coyote's winning streak, with a bullet in Race 1. Their glory was short-lived as El Coyote rebounded in the second race and returned to their winning ways with Magic (AUS) beating Nautical Wheeler into second.

It was a single long, slow race for the Cruising class and after four hours of intense concentration Chris Mitchell's Lady Bubbly (AUS) claimed the win ahead of Thida Waree (AUS) and Le Vent (THA) in second and third respectively.

Two more windward/leewards for the Platu class brings their series tally to eight, two short of a possible 10, and it was a day for the Russian team on Naiad lead by Valeriy Dichenko, who finished with a 1,2 scoreline. They move to within three points of second placer Rolf Heemskerk's Team Viewpoint (NED) whose 3,1 maintains a four point different between them and series leader Easy Tiger 111 (AUS), skippered by Chris Way.

Boating doesn't always go to plan, and no more so is that true than when racing. Bladerunner 7 (UK) limped home in Race 1 with two rips in their main and a second place on the scoreboard, and with that slipped one point behind Sonic (THA). However, for some reason unknown, Sonic did not make the Race 2 start line within the time allocated (though did actually cross the line and start racing), and thus finished with the same points result as Bladerunner 7. It's all to play for on the final day.

The dinghy classes and Optimists finished their three day series today and although the storm and conditions delivered a tricky end, those in the top spots performed to their billing and came away with the trophies.

In Class 9a Keerati Bualong (THA) has been unstoppable and a win in the single race today saw him defend his title with a 1,(2), 1, 2, 1, 1, 1 scoreline. Fellow Thai Chusitt Punjamala easilly claimed second and with Jarupong Meeyusamsen (THA) loosing a protest and being disqualified from the last race, third place overall went to Asri Azman from Malaysia.

In Class 9b there was no doubt who was going to be the winner – Sophia Montgomery's two second places today secured a formality, the class title with Suchakree Dutthotsapol (THA) in second and Chanokchan Wangsuk (THA) third.

Previous Thailand Optimist National Champions Sutida Poonpat (2014) and Suthon Yampinid (2015) were reunited as foes in the Double-Handed Monohull Dinghy Class and it went down to the final race of the series to decide who would claim the glory. Despite finishing second in the final race behind Suthon Yampinid, Sutida Poonpat held on to win the series title by a single point. Former winner, Navee Thamsoontorn (THA), had to settle for third overall.

With just two races for Optimist Fleet A today (and one for Fleet B), it looked like the final result could be decided in the Jury room, but after deliberating the merits of the protest, it was thrown out leaving the racing to do the talking, and Thai youngster Panwa Boonnak was crowned 2017 Thailand Optimist National Champion.

Racing continues tomorrow for the keelboats and multihulls. 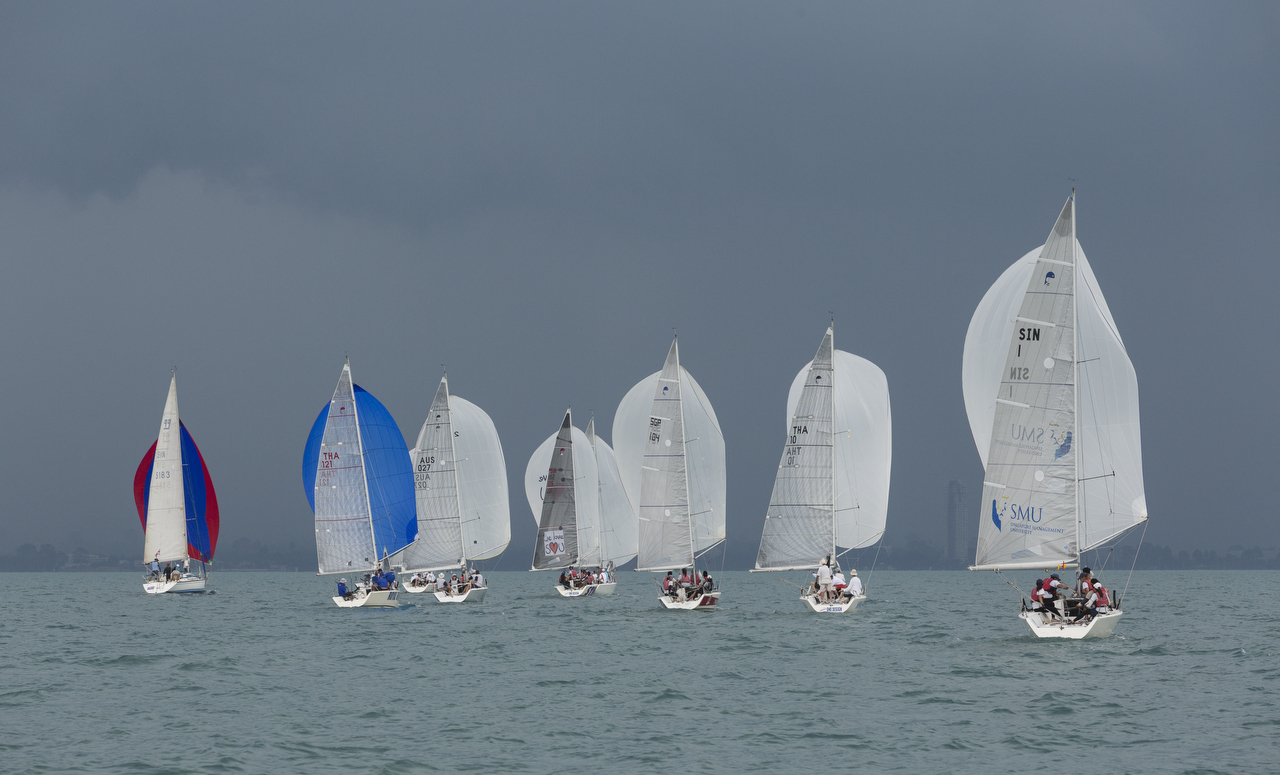 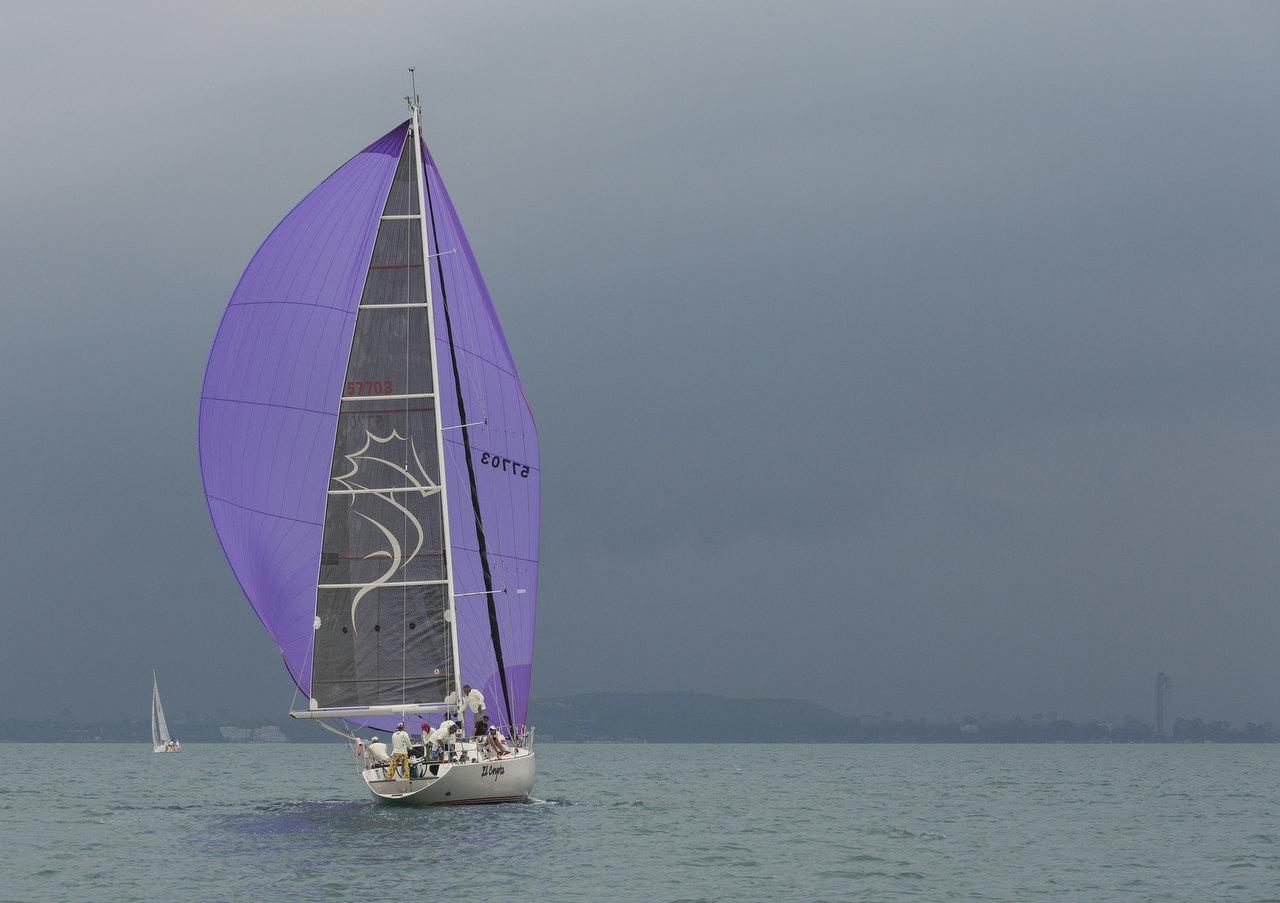 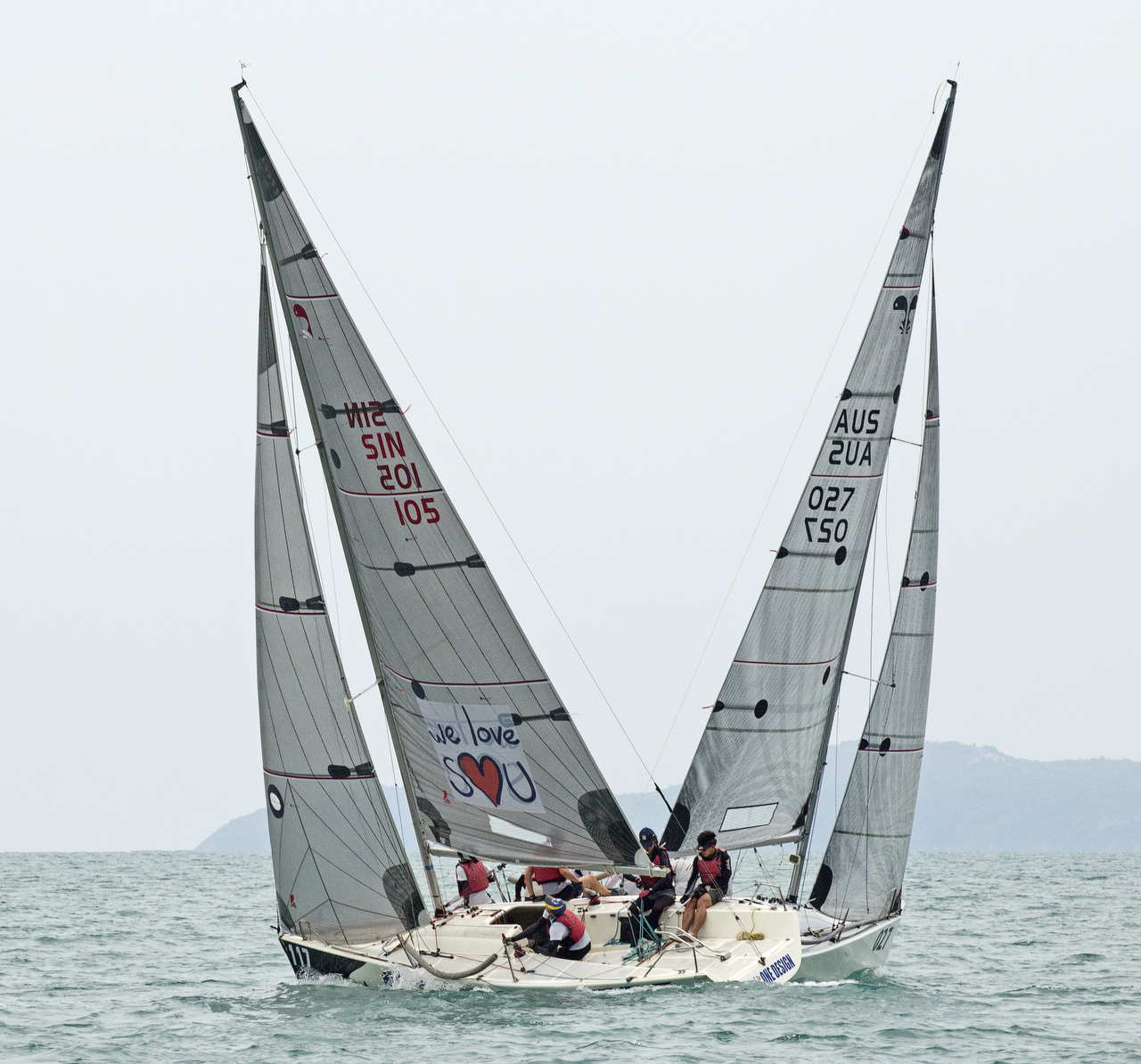 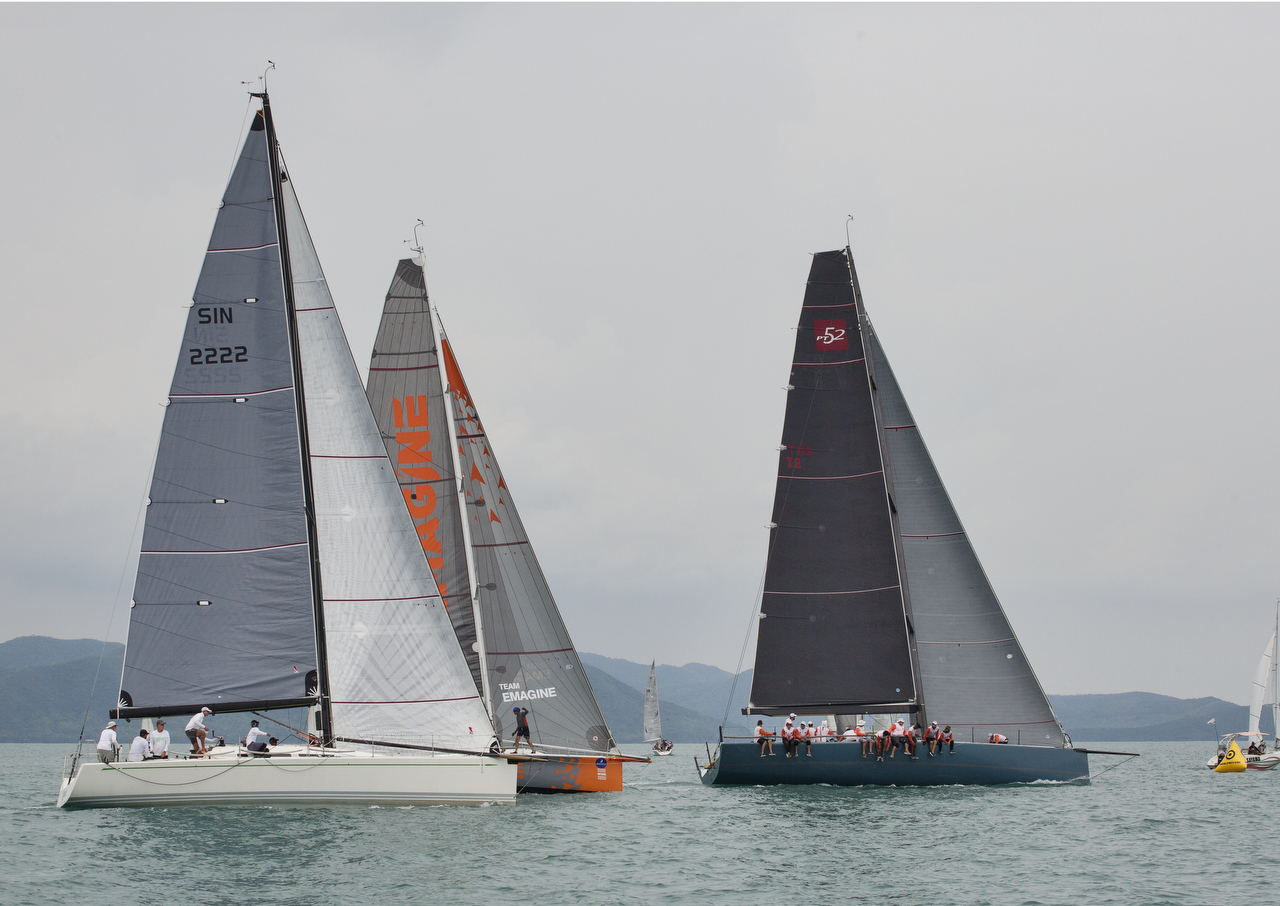 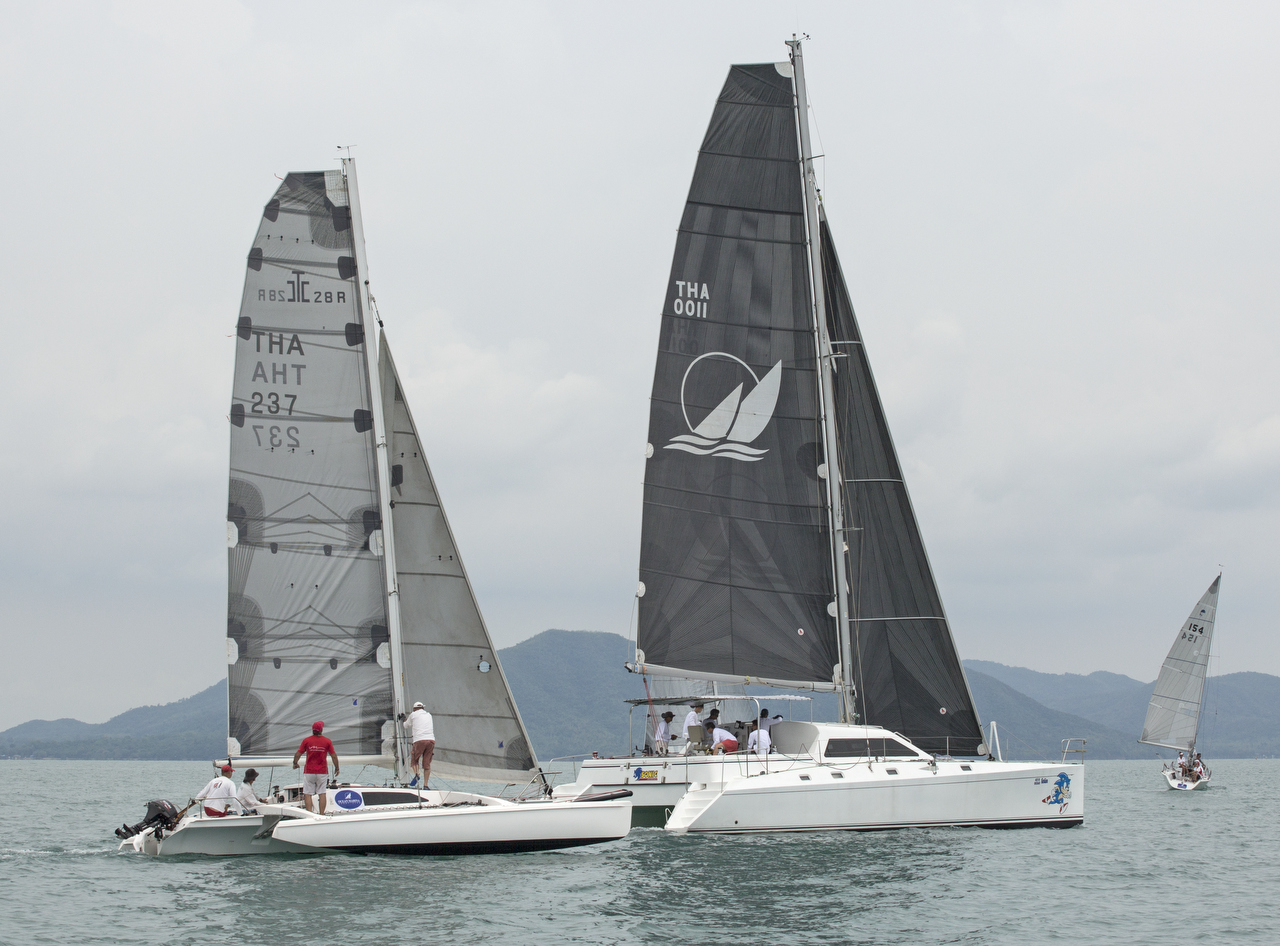