Top of the Gulf Regatta 2018 under starters orders 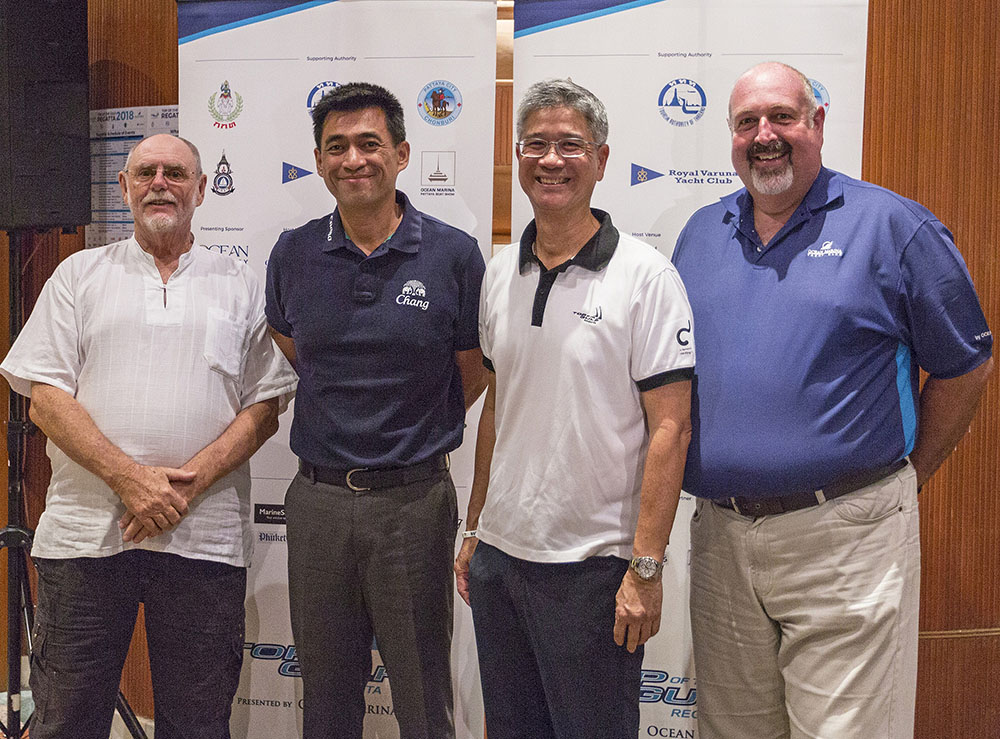 The 2018 edition of the Top of the Gulf Regatta Presented by Ocean Marina was officially opened at Ocean Marina Yacht Club today. Over the four day regatta more than 200 boats will compete in 15 classes with sailors coming from as far away as the UK, USA, Australia and New Zealand to compete, and for the first time the regatta welcomes an all-Chinese team who have sailed from Hong Kong to compete.

Racing kicks off tomorrow (Saturday 28th April) for the keelboat and multihull classes, as well as kiteboards and radio controlled yachts. Dinghy classes and the Optimist fleet will start racing on Sunday 29th April.

The penultimate event in the 2017/18 AsianYachting Grand Prix, the Top of the Gulf Regatta Presented by Ocean Marina concludes on Tuesday 1st May with a fabulous Gala Dinner and prize-giving on the marina front, presided over by Mr. Ittipol Khunpluem, Assistant to the Minister of Tourism and Sports, and Admiral Naris Pratumsuwan, President of the Yacht Racing Association of Thailand.