"The best ever" Top of the Gulf Regatta 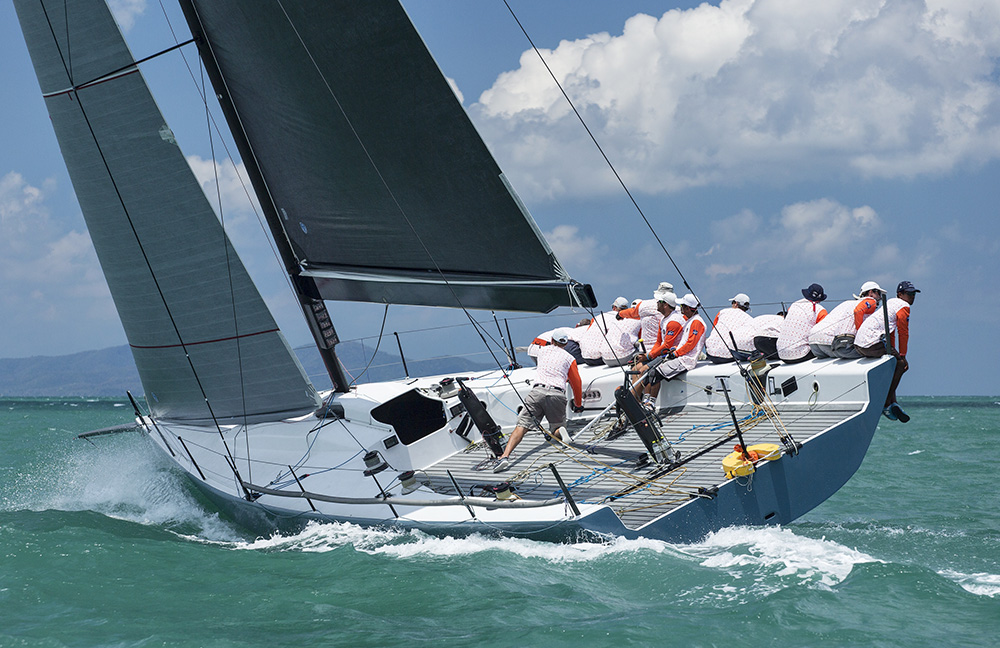 The 12th Top of the Gulf Regatta Presented by Ocean Marina will go down in the history books as one of the best yet. The regatta had all the essential ingredients any world-class sailing event needs: good wind, flat seas and blue skies, and not to forget the après-sail social scene. It is this combination and the hospitable venue, Ocean Marina Yacht Club in Pattaya, that makes the Top of the Gulf Regatta so special.

On the racing front the fleet was the biggest ever. A total of 271 watercraft and over 700 sailors competed in the 2016 regatta. Not only the largest multi-class event in Asia, but also the most diverse and it is this diversity that sets Top of the Gulf apart from all other regattas in Thailand and the region.

140 sailors upto the age of 15 competed in the Thailand Optimist National Championships, an integral part of the Top of the Gulf Regatta, while more than 40 Laser dinghies and 420 double-handed dinghies lined-up. Elsewhere there were 46 windsurfers competing in the RS:One Asian Championship and 30 keelboats and multihulls, including the one-design Platus competing for the prestigious Platu Coronation Cup, racing on the outer course.

In fact, there were four distinct race areas, each with their own independent race management team, and the participants all left from and came back to the shore at Ocean Marina Yacht Club each day – a complicated logistical feat which the Ocean Marina team handled with aplomb.

The après-sail afternoon gatherings on the lawn in front of Ocean Marina Yacht Club are legendary. There are few other places like it in Asia where you can enjoy the fresh air and sea breeze overlooking the largest marina in South East Asia, and share the camaraderie only a regatta of this diversity can bring.

From novice sailors to Olympians, the Top of the Gulf Regatta hosts them all.

In the Laser fleets all eyes were on two of Thailand's Olympic hopefuls, Keerati Bualong and Kamonlwan Chanyim, both of whom will be representing Thailand at the Olympics in Rio this year and both of whom did not disappoint: Keerati won the class title while Kamonlwan was the top female finisher.

In the keelboat classes the racing was as exciting as it was close and it was Kevin Whitcraft (THA) who won IRC 1, Roland Dane (AUS) won IRC 2, Lennart Fahlgren (SWE) won IRC 3 and Cedric Rimaud (FRA) won the Cruising class in his 90-year old 6-metre classic yacht called 'Selma'. The Ocean Multihulls class was an all-Thai battle with Kirati Assakul claiming the honours and Radab Kanjanavanit settling for second.

The Platu Coronation Cup is a special part of the Top of the Gulf Regatta. Competed for in one-design 25-foot Platus, the inaugural event in 1996 was held to celebrate His Majesty the King of Thailand's Coronation Date (5th May, 1950). It has been held every year since and it was fitting that the most successful Platu sailor in in recent times, Scott Duncanson (AUS), won for the third consecutive time – a three-peat that has never before happened in the Platu Coronation Cup.

All sailors and friends came together for the final prize-giving and Gala Dinner hosted by Ocean Marina Yacht Club and was presided over by Mrs. Kobkarn Wattanavrangkul, Thailand Minister of Tourism and Sports.

Four days of great racing came to an end with the sailors vowing to return to Pattaya and the Gulf of Thailand again next year. The 13th Top of the Gulf Regatta will take place 4th to 8th May, 2017.