International sailors, top Thai crews and an entry milestone: Organisers are ready for the 2017 Top of the Gulf Regatta Presented by Ocean Marina 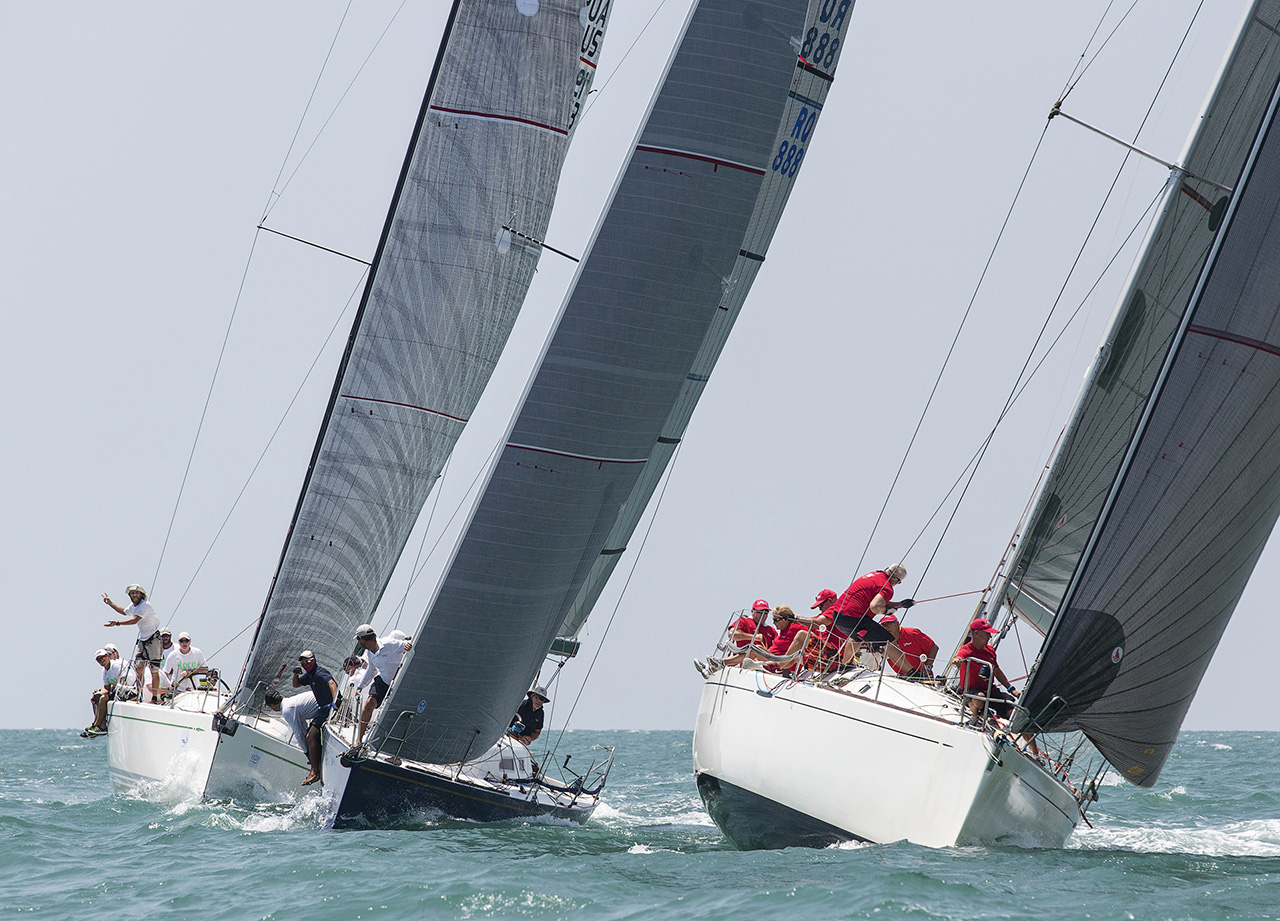 2017 is a milestone year for the Top of the Gulf Regatta Presented by Ocean Marina as organisers welcome the event's 3,000 entry. Founded in 2005 with the aim to create an international-standard sailing event in the Gulf of Thailand, Top of the Gulf Regatta has since grown to become Asia's largest multi-class regatta with 10 classes this year and more than 250 boats from Optimists to dinghies, IOM Radio Controlled boats, one-design Platus, IRC and cruising yachts, and ocean multihulls taking part.

“Since we launched the Top of the Gulf Regatta in 2005, we have seen steady growth of entries as well as growth in the diversity of boats taking part. We welcome sailors of more than 25 nationalities each year and we have a strong turn out again this year from sailors within Asia – particularly Hong Kong, Singapore, Malaysia, and of course Thailand – as well as many sailors from Australia and Europe,” commented Mr. William Gasson, Co-Chairman, Top of the Gulf Regatta Organising Committee.

Having received two international accolades in recent years, the regatta is a highlight on Pattaya's sporting calendar. With more international and domestic sporting events taking place in Pattaya each year, the regatta's 13 years of operations has helped showcase the areas sporting credentials to a worldwide audience and today sports tourism is an important part of Pattaya's economy.

Boats and crews from Australia, Singapore, Hong Kong and Thailand will be battling it out in the top IRC divisions, lead by Kevin Whitcraft's TP52, THA72, while local stalwarts David Bell (Magic), Tim McMahon (SailQuest Hi Jinks) and Gary Baguley (El Coyote) are up against Martin Brown's Nautical Wheeler in IRC 3.

In the Cruising class past winner Le Vent, skippered by Pote Suyasinto and with an all-Thai crew onboard, is one to watch while Thidawaree, Sein Samathi II and Nawin Sri Kham will be in the mix. All are up against Chris Mitchell's Lady Bubbly who currently sit third in the AsianYachting Grand Prix 2016/17 standings and will be going all out to gain valuable points in the penultimate race of the season.

This year will see a new crew crowned Platu Coronation Cup winners as defending champion Scott Duncanson will be competing in IRC 1 on Loco. Racing amongst the one-design Platus however, will be as competitive as ever as 11 top teams from around Asia and as far afield as Russia, challenge for the prestigious trophy.

Kirati Assakul returns to defend his Ocean Multihulls title on his Crowther 42, Sonic, and will be battling it out against the Corsair 28 trimaran of Bob Garner, Bladerunner 7.

On the dinghy courses approximately 70 sailors will be competing in Laser Standard, Laser Radial, Laser 4.7 and 420 divisions, including many Asian national sailing teams as Top of the Gulf Regatta is the last international sailing competition before the SEA Games in Malaysia, in August.

Competing for the Thailand Optimist National Championships, over 100 youth sailors from Thailand, Singapore, Malaysia, Hong Kong, Indonesia, India and Myanmar will be racing in what has become Thailand's premier youth sailing event and the last before the Optimist World Championship is held in Thailand in July.

Last but not least is the return of the International One Meter (IOM) Radio Controlled Yacht Class. A growing class, almost 20 competitors from the Thai Radio Controlled Sailboat Club will be racing off Ocean Marina this year