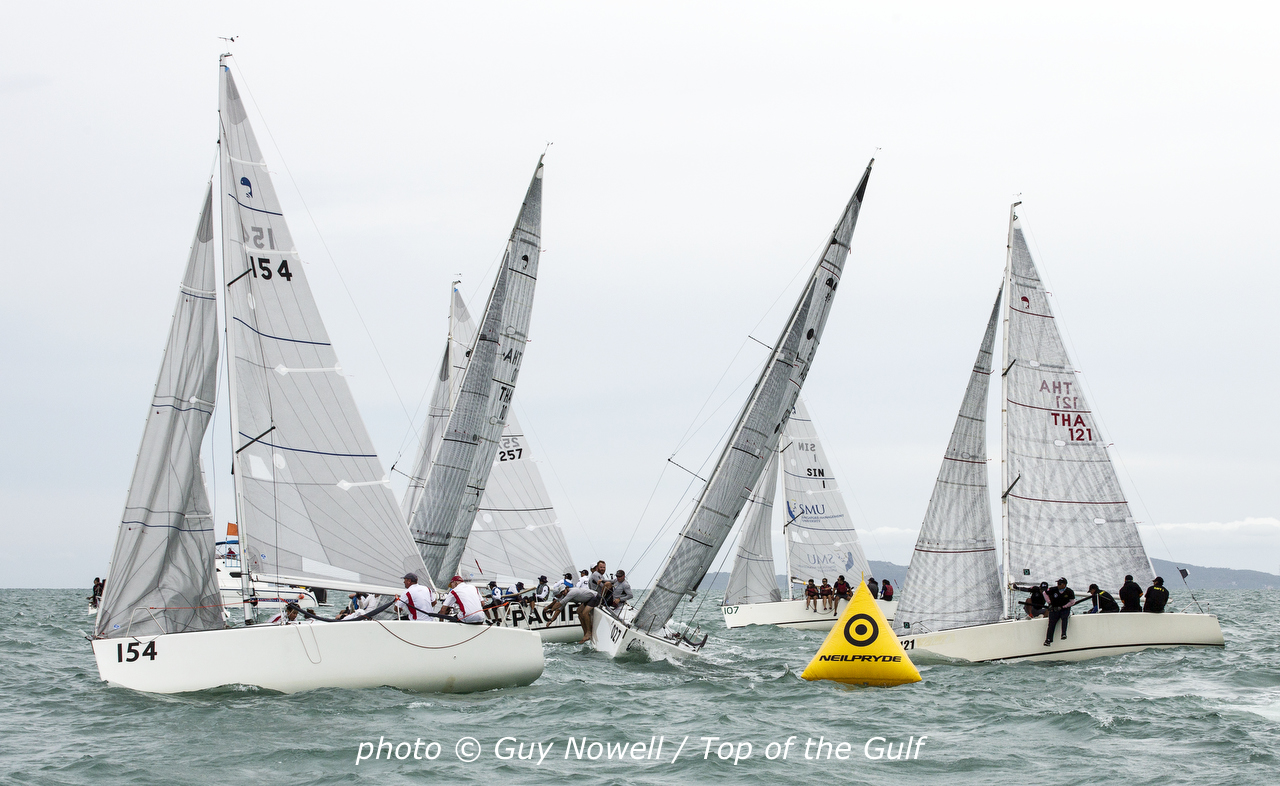 The 2017 Top of the Gulf Regatta got off to a breezy start with an early morning storm clearing in time for the first race and leaving behind 16 knots of breeze. The wind held good for the first race only to drop off for the second, and a slight pick-up ensured Race Officer Denis Thompson could complete three races for the Platus and two for the other classes on the keelboat and multihull course.

Elsewhere on the water the 76-strong Optimist fleet were keen to get underway in the Thailand Optimist National Championships, with the best two results from today's three races deciding the Fleet A/ B split, while on the dinghy course more than 50 competed in the Single-Handed Monohull Dinghy Class (with divisional splits), and the Double-Handed Monohull Dinghy Class.

Kevin Whitcraft and his crew on the TP52 THA 72 were the first to put a bullet on the board in IRC Racing 1. In the fading breeze, they went on to again take line honours in Race 2 but Emagine (AUS) and Loco (USA) remained close on-the-water and Emagine corrected out in first, Loco second with THA 72 having to settle for third.

Currently sitting third in the 2016/17 AsianYachting Grand Prix championship, Christ Mitchell's Naut 40 Lady Bubbly is looking to improve their standing and got off to a good start today with two wins. Second and third places in the Cruising fleet went to Pote Suyasinto's Le Vent and Dwight Willis' Thida Waree respectively.

In the Platu Class, Pine-Pacific (THA) got off to a flying start with two wins in quick succession. With just seconds of separation in the one-design class, the standard of racing is high and showing consistency today with three fourth places were Royal Thai Navy, who have now laid a strong foundation to build on for the coming three days. Chris Way and his Easy Tiger III (AUS) crew are in the running with a 2,6,2 on the day and sit second overall ahead of Team Viewpoint (NED), skippered by Rolf Heemskerk, whose 5,2,3 scoreline today is enough for third overall.

Less than one minute separated Sonic (THA) and Bladerunner 7 (UK) on-the-water in today's multihull racing but it was the larger of the two, the Crowther 42 Sonic, skippered by defending champion Kirati Assakul, who got the better on corrected time in both races and leads the series. 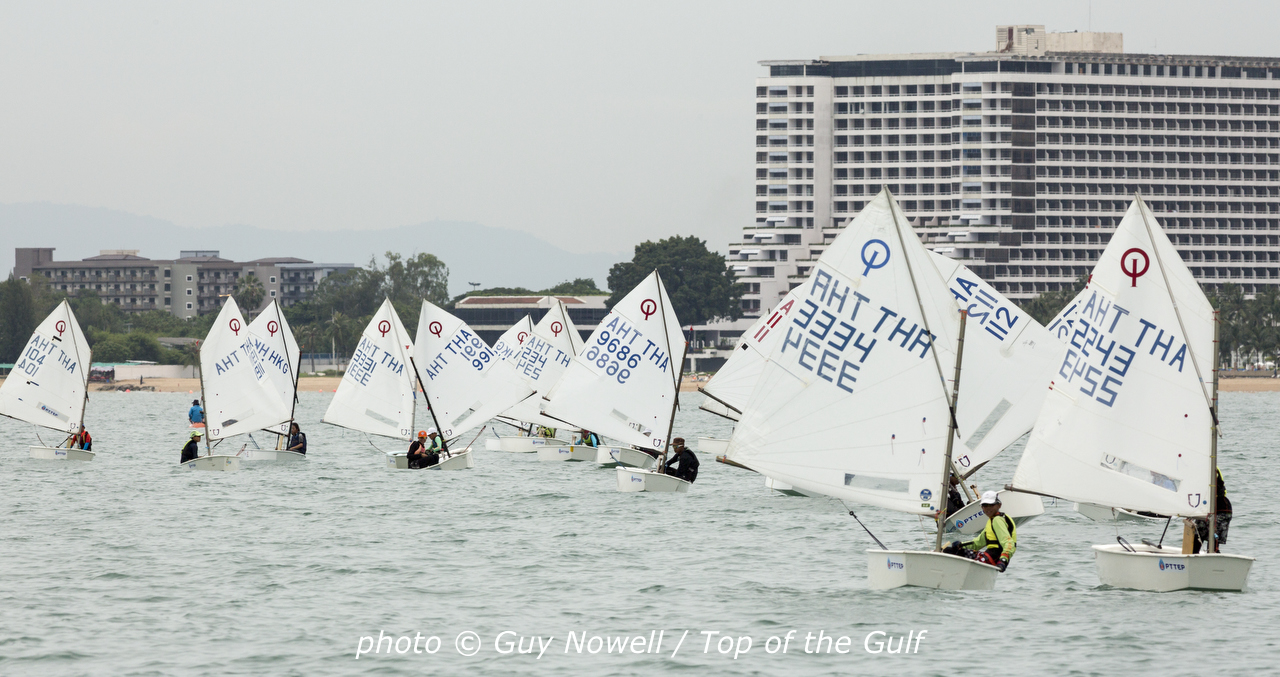 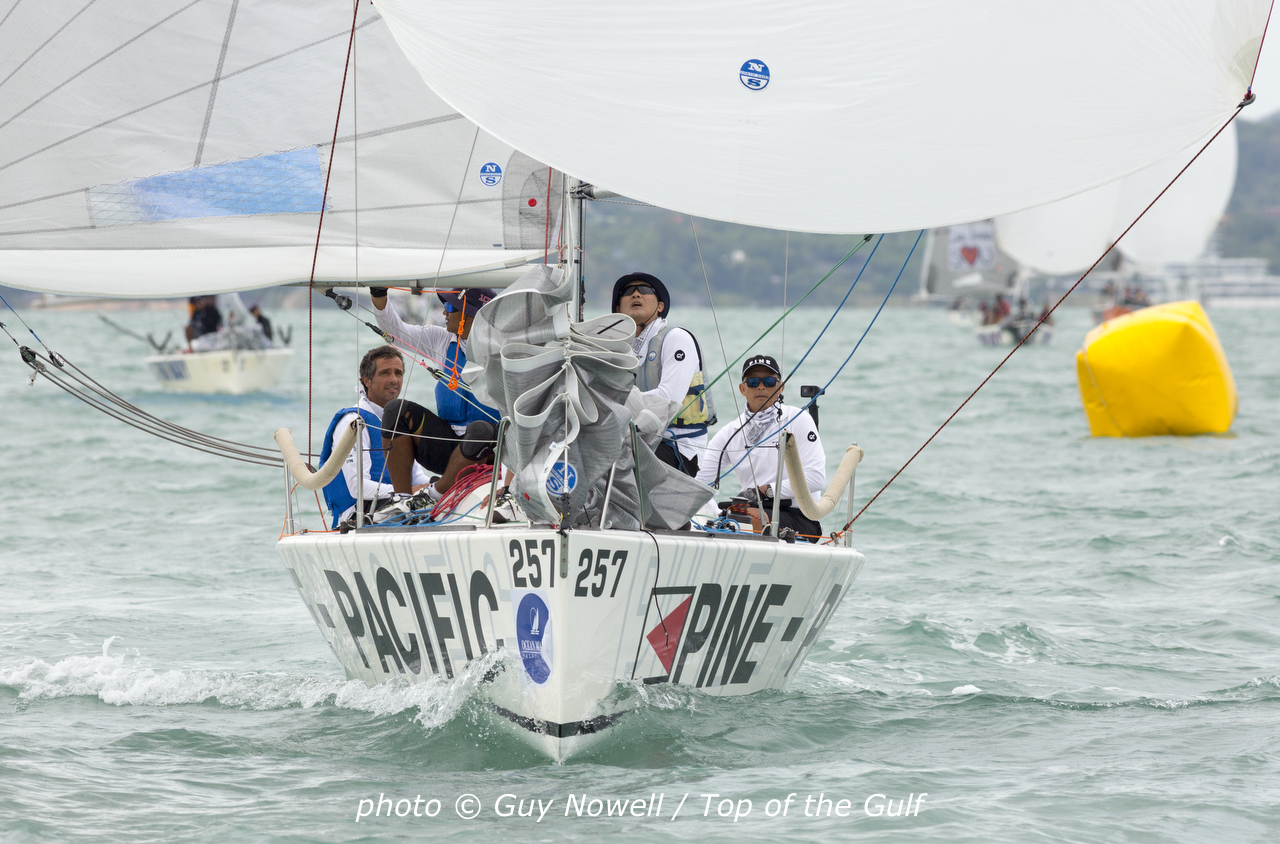 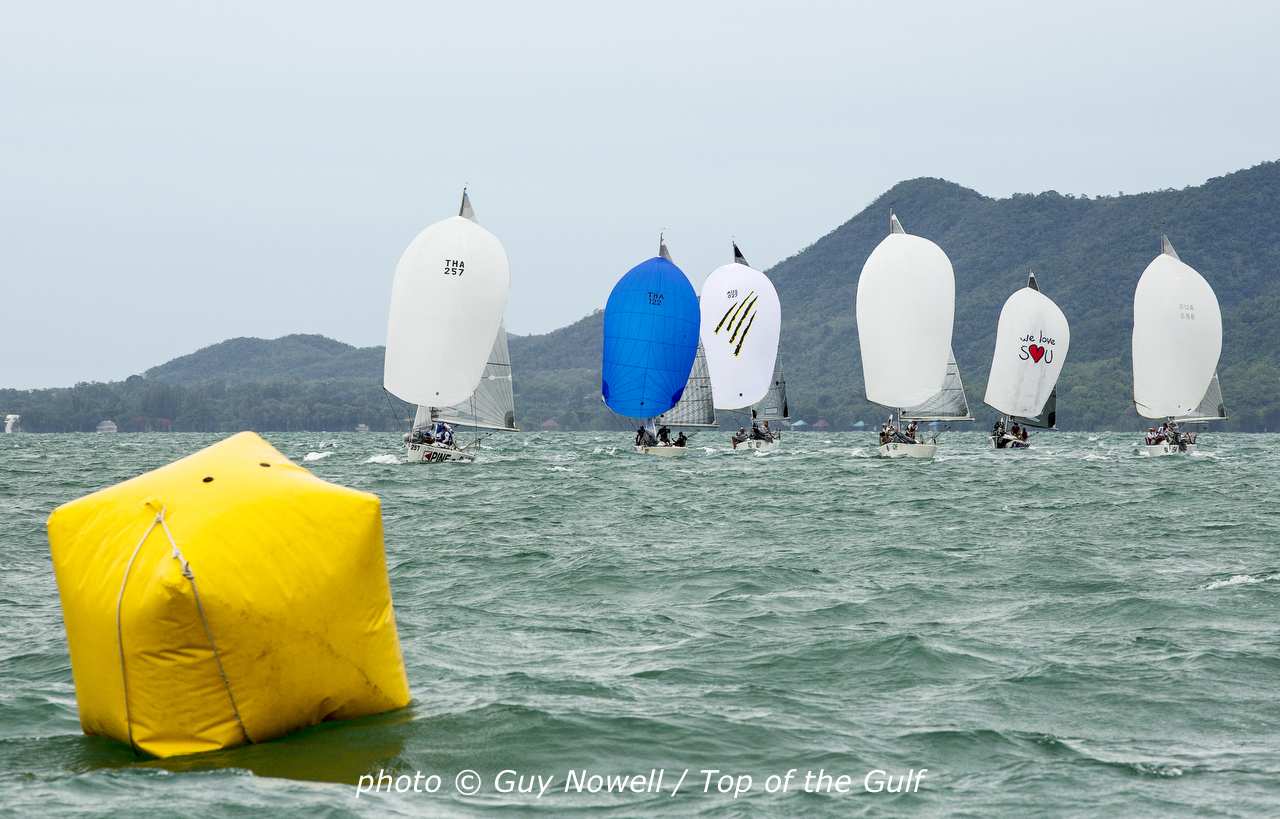 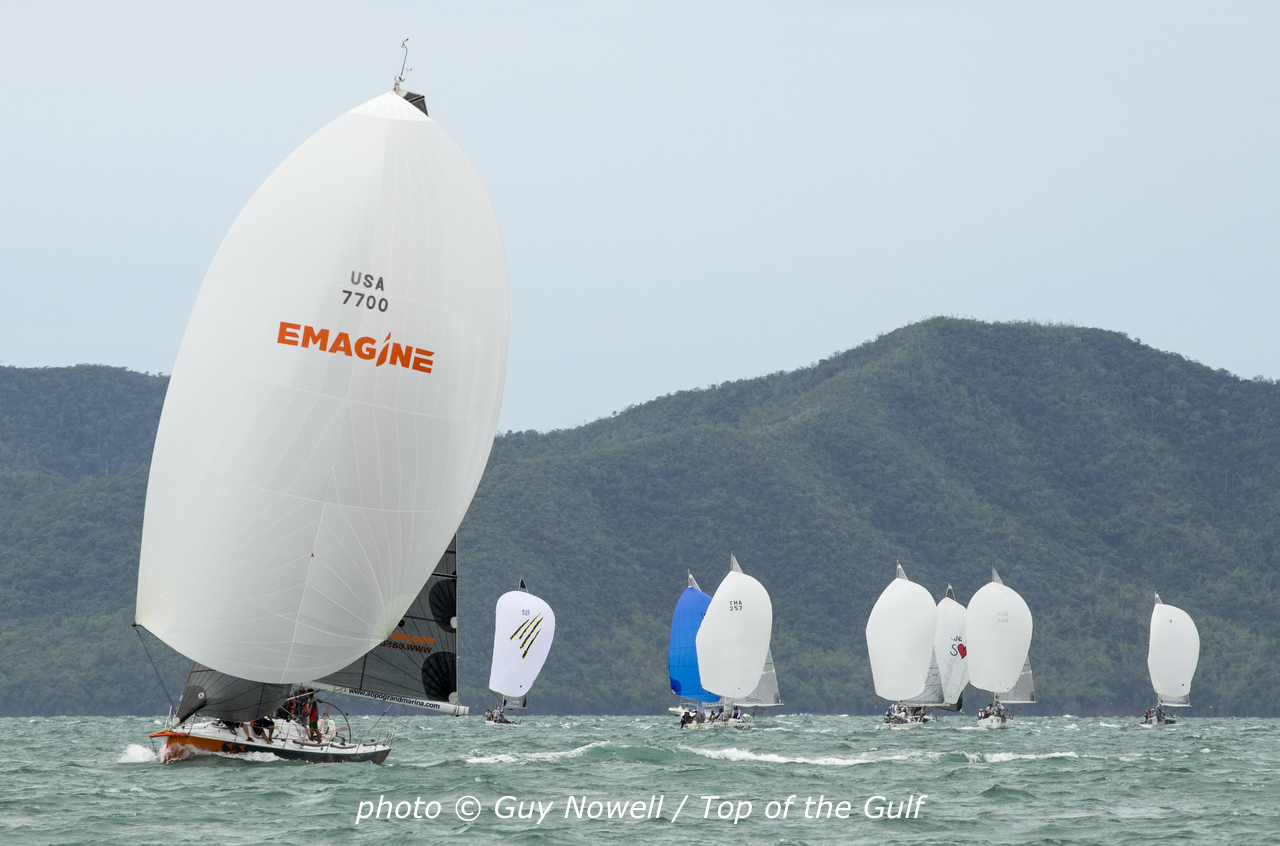 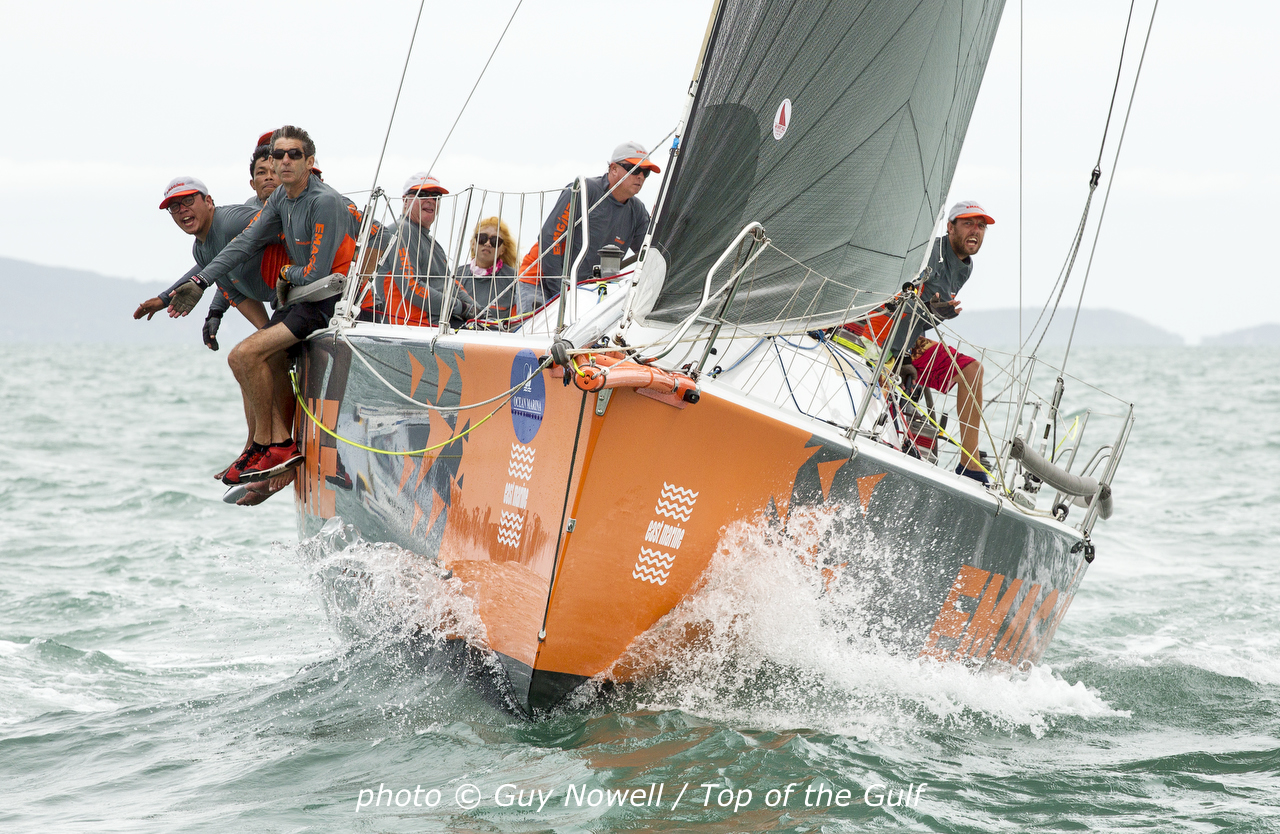